“What is it with you and extremely old whitetails?” asked David Archer. We were standing next to an ancient 6-point, with a very narrow spread, I had just shot with my .454 Casull Taurus Raging Hunter. David had been just to the left of where his brother Craig, owner of Double AA Outfitters and I had been standing when we spotted the old buck. We had actually seen him about a half hour earlier. He was across a steep-sided canyon. Had I shot him there, it would have meant a serious drag uphill to retrieve him.

“Really like him, but don’t want to have to pull him up that steep wall just below us.” Said I when we spotted the old buck. Craig and David both smiled and nodded in agreement. We watched has he disappeared into the cedars.

“Were you comfortable with the shot, had he been on relatively flat land?” Asked David. “Looked like he was somewhere between a hundred and a hundred and twenty-five. That seems like a pretty long poke for a pistol. And you’ve got that Trijicon SRO red-dot sight on your revolver rather than a long eye-relief scope.” I saw Craig smiling at his brother’s comments.

Before heading to my hunt with David and Craig, dear friends beyond being outfitters and guides (Double A Outfitters, LLC, 325-576-5054, ), I had spent time at my range shooting my combination of Taurus Raging Hunter .454 Casull, topped with a 2.5 MOA Trijicon red-dot sight and shooting both 240 and 300-grain XTP MAG Hornady Custom ammo. Both loads shot extremely well at both 50 and 100 yards. From a reasonably solid rest, including shooting from tripod shooting sticks I could keep all shots within a 3-inch circle at 100 yards. Considering most whitetail’s vitals meaning heart and lung are eight or more inches in size, depending upon body positioning and angle, I felt comfortable taking a shot at 100 or more yards.

After having run four cylinders of 5-rounds each through my Raging Hunter I decided to do a bit of scouting. Yes, the whitetail season was open but for some reason it seemed the local deer herd had been removed by aliens. The local deer had simply disappeared. Likely they had found a favored food source and had move off my small property. But, when the deer disappeared, wild hogs once again returned. I hoped I might find the sounder that had rooted nearly two acres adjoining our hay meadow. Or, I might actually stumble upon a legal whitetail buck. As it worked out, I found more wild hog sign but nothing more.

I had left my Jeep at my range, so upon returning to it, I decided to take one more shot with my Casull. I knew I had one target still “open” (no shots) at 100 yards. Taking a quick, though solid rest against my shooting bench, I cocked the hammer on the Raging Bull, settled the red-dot in the center of the target, knowing the dot would cover 2 ½-inches at 100 yards, then gently pulled the trigger. The revolver recoiled, although not nearly as much as it would have had it not been for Taurus’ integral muzzle-brake. I lowered the revolver pulled up my 10x binocular. It appeared the bullet had struck at the top of the small center diamond bullseye, exactly where I thought I was holding when the trigger broke. Admittedly I had some trigger work done on my .454 Casull by a pistolsmith friend, so it is now in the 2 ½-pound trigger pull range. I decided to walk to the target just to be certain. Indeed, the bullet had gone exactly where I thought it had. I felt even more confident.

The .454 Casull developed back in 1958 by Dick Casull, Duane Marsh and Jack Fullmer was brought to light in an article in 1959 in Guns & Ammo. In 1983 Freedom Arms started producing revolvers in the round, and it was one of their revolvers I used in the late 1900’s to not only take deer but also my first Alaska Brown Bear, using Hornady ammo. Taurus in 1998 chambered the round in their Raging Bull. I too used a Taurus to hunt with for a while, but primarily only used it on whitetails, hogs and javelinas.

I will freely admit the .454 Casull, based on a lengthened and strengthened .45 Colt case, is one of my favorite handgun rounds. Too, .45 Colt (sometimes called .45 Long Colt) ammunition can be shot in the .454 Casull. At the muzzle the velocity is 1900 ftp with the Hornady 240-grain XTP Mag and still nearly 1500 fps at 100 yards. So, frankly, if I feel comfortable with the hold and sight-picture I will take shots at whitetail out to 125-yards, knowing the accuracy of my Raging Hunter.

David, Craig and I got back in our vehicle after not taking the shot at the distant 6-point, which based on his flappy skin beneath his jowls, swayed back and bottom line, plus darkly stained hocks I knew was old, and drove around the head of the canyon. We soon spotted a distant buck and decided to make a stalk on him.

We had hardly walked a hundred yards when the old 6-point buck stepped into an open area. The wind was in our favor, and head had not yet seen us. Quickly I set up my shooting sticks, got a good solid rest, centered the Taurus’ red-dot on his shoulders, quartering toward me left to right about a hundred yards away. After cocking the double-action’s hammer to shoot single-action and the red-dot held tight on the shoulder I gently pulled the trigger.

At the shot, the buck collapsed in his tracks. I quickly cocked the hammer and kept the red-dot trained on the downed buck. After nearly a minute of watching him, for had he so much as even wiggled, I would have shot him again, I turned and accepted both Craig’s and David’s congratulatory hands.

David was smiling. “Soon as I saw the buck was as old as I think it is, I immediately put my hands over my ears! I knew you were going to shoot!”

A moment later I answered his initial question. “I love hunting and taking old whitetail bucks. They have served their biological purpose and are generally a whole lot more difficult to hunt and take. They too, in hard times are eating what younger bucks could be eating. They truly are challenging! And, they’re not far from the end of their life. That will likely mean being pulled down and eaten alive by coyotes. I know we need coyotes, but I would rather be the one eating deer meat, and too, what I cannot use, we distribute to those who are in need.”
After some quick photos, I field-dressed my buck, which I insist upon doing myself! In so doing I recovered the spent 240-grain bullet under the skin of his right hindquarter. The XTP MAG bullet had traveled 38-inches passing through scapula, ribs, a rumen filled with rough forage, broken the right femur, this plus considerable soft tissue. It had mushroomed properly and still retained most all of its initial weight. Impressive! But then past experience told me that would be the case. One of the many reasons I exclusively use Hornady bullets and loads.

Back at camp that evening, “Larry since we’re on a MLD permit (as Texas Parks and Wildlife Department approved management program) want you to come back after the DSC Convention and look for another buck, if you have time. That big 10-point is still around. Maybe by mid-January he’ll be where we first found him!” 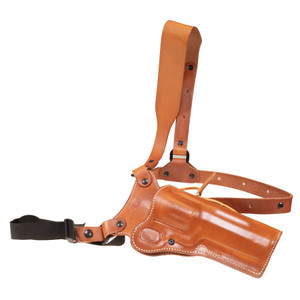